There are certain food groups that you just have to accept are messy as shit to eat, but are totally worth the embarrassment. Ribs, spaghetti, chocolate sundaes……..and these sticky chicken wings – I mean there is just no way to eat them without ending up like a Viking at a banquet.

TBH they are so good, you won’t care what you look like………..it’s all part of the fun!

These sticky slow cooker Chinese chicken wings are the easiest, the tastiest, the yummiest thing EVER!! You all know by now of the magical, mystical powers of the slow cooker to turn the most humble of meats into the most bomb-ass dinner with minimal effort.

And these bad boys are no different. The lil chook wing is made a king of the kitchen…….and the sauce………..ugh the sauce????? It’s a face planter – salty, sweet, spicy, sticky….it’s got it all and it’s a cinch to make! You put it all in a bag, smoosh around the wings in their Chinese bath and place in the slow cooker. Then, I like to put them in a super hot oven with a little of the sauce on top to crispify – an optional step but totally worth it.

Imma shut up now and get on with the recipe…..I’m drooling, it’s not a good look…… 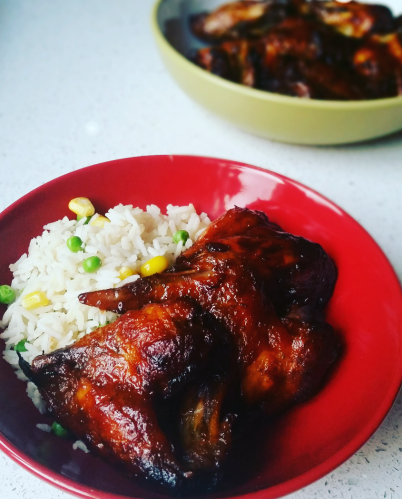 PS I used my little measuring cups for this as it makes the recipe dead simple – if you don’t have any, you can convert this recipe here – or just guess it, keeping the ratios similarish – this type of cooking doesn’t have to be precise.

3. You can let these marinade for a while or throw them straight in your slow cooker like I did. 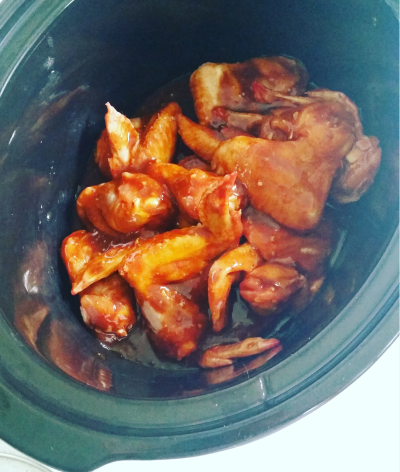 6. Take the wings out of your slow cooker and place on a baking sheet. Smother them with the lovely sauce and put them in the oven for 20-30 mins till they crisp up and get little burnt gnarly bits on them. 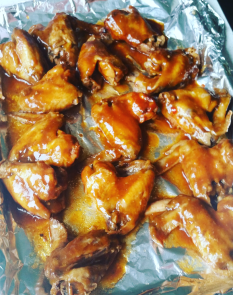 7. While the wings are charring, I take the rest of the sauce from the slow cooker and put it into a pot, bringing it to a boil. Mix 2-3 heaped tsp cornflour with 2 tbsp water and stir it into the sauce, letting it boil – it will thicken real nice.

8. Dip those crispy wings into the sticky sauce and thank me later – when your hands are clean enough to text me………..